Of course, Portugal comes into this presidency in the midst of a global health crisis and will have to focus on helping the European Union recover from the past year. The focus on strengthening Europe’s resilience gives hope that, during the next six months, there will be an effort to suspend mink farming. The practice raises serious welfare concerns as well as posing a possible threat to public health, due to the number of Covid-19 infections in animals at farms across the EU. Making the European Union more resilient should imbed implementation of the precautionary principle.

FOUR PAWS hopes that the Portuguese presidency will focus on the One Health approach and further promote the comprehensive One Welfare approach, as part of the sustainable economic recovery, working towards a future that allows humans, animals and the environment to thrive and will push for a common agriculture policy that has animal welfare and environmental health as a priority. Strategies within the European Green Deal, like the Farm2Fork and the Biodiversity Strategy need to be prioritized and implemented in order to guarantee that our economic recovery is not happening at the cost of our environment and our animals.

The Portuguese Presidency wants to focus on speeding up a fair and inclusive digital transition. In a digital age, it is important to have safeguards in place. FOUR PAWS hopes, that within this digital transition, the Model Solution for safe and traceable online trading of pets can be implemented to the Digital Services Act. Without it, it is almost impossible to put a halt to the illegal trade of cats, dogs and other companion animals.

FOUR PAWS welcomes the Portuguese Presidency of the Council and wishes it a successful six months in those very difficult times. As the international animal welfare organization, FOUR PAWS hopes that the next six months will not only be a period of healing from the pandemic but will be a time where the European Union strides towards a future that is safer and healthier for humans, animals and the environment. 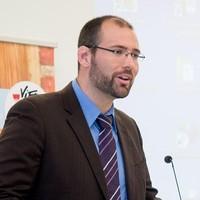