With his courage and passion, FOUR PAWS founder Heli Dungler has shaped animal welfare worldwide. From a small group of animal welfare activists in Austria, he built the global animal welfare organisation for animals under human influence, which reveals suffering worldwide, rescues animals in need and protects them.

Heli Dungler was born on 18 November 1963, in Waidhofen an der Thaya in Lower Austria. Already in his youth he was known there for taking care of injured animals such as birds and small wild animals and nursing them back to health.

The world of the late eighties in Austria was a completely different one than today. Environmental protection and animal welfare were still in their infancy. Chickens vegetated as laying battery cages. Wild animals like lions and elephants had to perform tricks in circuses. In over 60 Austrian fur farms, countless animals eked out a miserable existence and died for fur production. Whenever Heli talked about this years later, he still seemed shocked: "Once you've been to a fur farm, you're not the same person afterwards. That is pure violence. And the smell of fear sweat and excrement, you'll never get rid of it again."

In the first years, he and FOUR PAWS, therefore, focused on fur farming, laying battery hens and wild animals in circuses in Austria - with success: Today, all this suffering has been history for years. It was thanks to Heli's visionary spirit, his strategic thinking and his ingenious ability to network that the organisation soon expanded abroad. This internationalisation was accompanied by Heli Dungler's companion Josef Pfabigan: Already in 1994 the two of them started the first project for stray animals in Bucharest. In the same year, FOUR PAWS opened an office in Hamburg. Today, FOUR PAWS is one of the largest global animal welfare organisations with 15 offices worldwide, focusing equally on companion animals, farm animals and wild animals.

Over the years, Heli Dungler and his FOUR PAWS team gained global recognition as well as a great deal of expertise in the care of wild animals that have been rescued from poor keeping conditions. In 1998, together with Josef Pfabigan, Heli Dungler opened the BEAR SANCTUARY Arbesbach in Lower Austria's Waldviertel, the home of them both, to provide a species-appropriate home for brown bears from poor keeping. This laid the foundation for many other bear projects and FOUR PAWS sanctuaries.

In February 2008, FOUR PAWS founded the big cat sanctuary LIONSROCK in South Africa, offering a beautiful and safe home to animals that could be rescued from run-down zoos, circuses, or illegal private keeping. Close friends of Heli are convinced that he had a very special connection to the lions, even "talking" to them. In any case, it is no exaggeration to call LIONSROCK his second home.

For some years now, FOUR PAWS animal emergency aid has also been an important pillar of the organisation, i.e. its work in crisis and disaster areas. Animal welfare is also humanitarian aid - this principle was very important to Heli Dungler. He was both an animal lover and a humanitarian. "To help animals, we have to get people on board", he often said.

In Austria in particular, Heli Dungler passionately advocated the reform of animal agriculture in recent years, most recently in the wake of climate change. In addition to animals, he also considered farmers and consumers to be the victims of the current system. "We must not allow something valuable like our food to become cheap products", was his deep conviction.

Heli Dungler has left a remarkable legacy and made a significant contribution to creating a world where people treat animals with respect, empathy and understanding. In addition to all his mischievousness, humour and lust for life, there was an incredibly disciplined, very persistent personality who knew exactly what he wanted.

Note: Any advertisements that may appear during the viewing of this video are unrelated to FOUR PAWS. We assume no liability for this content.

FOUR PAWS continues the work that Heli loved so much in his spirit. 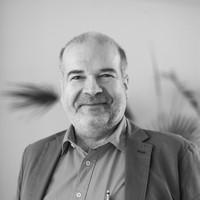 
"I wish that one day our commitment to animals would be no longer necessary. We humans must learn that a respectful treatment of animals is the only solution for a common life together."