The NGOs FOUR PAWS and Compassion in World Farming (CIWF) stated after the European Commission presented its proposal on the future Common Agricultural Policy last Friday.

The legislative proposal ,which will define the direction of the Common Agriculture Policy (CAP) in coming years, marks the first step of the legal process after a preparation phase which started with a public consultation in early 2017 and led to a communication paper in November last year. Last week, the European Parliament approved a non-binding Resolution on the ‘future of food & farming’.

"FOUR PAWS fully supports the European Parliament’s demand that the CAP must remain truly ‘common’, and this applies to the welfare of animals as well. We see that animal welfare has become a specific objective of the CAP. This needs to be translated into practice to meet societal expectations. EU citizens have persistently asked the EU to improve animal welfare, resulting in different acts, such as the Green Procurement Guidelines or the legislation on Animal Health. Now, the CAP must ensure coherence with other EU policies and support the development of good practices encouraged by these policies. The Commission has published the proposal, therefore it is now up to the European Parliament and the Council, representing European citizens and the Member States respectively, to bring it closer to the needs of society and the wishes of the citizens. So far, experience shows that Member States do not fully comply with basic EU legislation on animal welfare, a fact that needs to be remedied with specific measures in the CAP, ensuring that higher animal welfare standards will be put in place and monitored to demonstrate effectiveness."

"The proposal lacks in ambition and continues a business-as-usual approach. Not only does it not enhance animal welfare, it actively drives intensification and the productivist model. By increasing flexibility and giving more responsibility to Member States without increased accountability, it ensures that the animal welfare benefits citizens expect will not be delivered and standards won’t be consistently applied and enforced across the EU, due to short-term considerations and a great variation in Member States’ approaches.
Brussels is sending the wrong signals to national governments by not putting in place compulsory and concrete animal welfare provisions combined with an urgently needed proper enforcement mechanism. Budget cuts mainly executed in Rural Development will result in an ever-shrinking budget for animal welfare measures. In addition, despite calls for more sustainable arable production for human consumption and a shift away from harmful overproduction of animal products, the CAP proposal completely ignores the environmental and health benefits of favouring plant-based production and consumption. The comprehensive study published last Friday has unequivocally proved the immense and harmful footprint of animal production."

The continuous calls by a wide sector of civil society for a fundamental CAP reform through a coherent food and farming policy combining production and consumption aspects of our food system, as evidenced during the public consultation process, should make the Commission rethink citizens’ concerns on the impact of CAP subsidies on animals, the environment and people’s health. This much-needed transition towards more sustainable agriculture models is missing from the proposal. The CAP delivers billions of public money to the agriculture industry every year but does not deliver on citizens' expectations on animal welfare, as recorded in the latest Eurobarometer 2016 in which 94 % of Europeans stated that the welfare of farmed animals is important and 82 % believed that there was a need for further improvements to be made in their country.

Now, the European Parliament and Member States should use the legislative process to improve the proposal in order to avoid another missed opportunity to use public funding towards a well-functioning ‘food and farming policy’. FOUR PAWS and Compassion in World Farming will continue to work together to strengthen the Commission's legislative proposal by delivering substantial improvements to enhance animal welfare in the text. 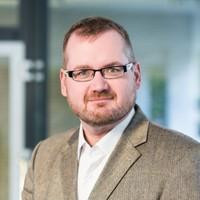 FOUR PAWS is the global animal welfare organisation for animals under direct human influence, which reveals suffering, rescues animals in need and protects them. Founded in 1988 in Vienna by Heli Dungler, the organisation advocates for a world where humans treat animals with respect, empathy and understanding. FOUR PAWS’ sustainable campaigns and projects focus on companion animals including stray dogs and cats, farm animals and wild animals – such as bears, big cats, orangutans and elephants – kept in inappropriate conditions as well as in disaster and conflict zones. With offices in Australia, Austria, Belgium, Bulgaria, Germany, Kosovo, the Netherlands, Switzerland, South Africa, Thailand, Ukraine, the UK, the USA and Vietnam as well as sanctuaries for rescued animals in twelve countries, FOUR PAWS provides rapid help and long-term solutions. www.four-paws.org