Swine Flu, bird flu, SARS and BSE: Zoonotic diseases have spread to humans multiple times over the last decades, and scientists have warned us repeatedly that, if we do not change the way we treat non-human animals, it is a matter of time until one of them causes a pandemic. In 2020, that threat became a reality, as the COVID-19 pandemic turned our lives upside down. Most countries were unequipped to handle the challenges we faced. Medical systems around the world were overloaded and millions of people lost their lives.

Just like the climate crisis, the pandemic has not affected everyone equally. While many people who are financially well off and live in richer countries had the opportunity to shelter, social distance and wait until vaccines were developed, people who were off worse before COVID-19  were also affected much worse. 150 million people were pushed into extreme poverty during the pandemic, undoing twenty years of reduction efforts. Malaria medication couldn’t be distributed and the deaths from this disease sadly doubled over the last year and for many, social distancing was not an option because they had to continue feeding their families.

Over the past months, as vaccines were rolled out, testing increased and cases in Europe and the US are on a steady decline, the conversation has turned to preparation for and prevention of the next pandemic. On the 31st of May, at the World Health Assembly, the WHO member states voted to hold a special  session in November to consider developing an international instrument on pandemic preparedness and response. To date, much of that discussion has revolved around preparation measures such as stockpiling PPE, fast tracking future vaccine developments and creating additional emergency care facilities in hospitals. However, tackling pandemics does not end there!

Just like the pandemic did not affect all countries equally, those preparation measures are not available to all countries. Over the last months, the world’s 50 richest countries have carried out 38 times more tests per capita than the worlds 50 poorest countries and since the vaccine rollout, the world’s poorest countries have only administered two percent of all vaccination doses. Countries who currently cannot afford to vaccinate and test their citizens also don’t have the resources to buy large quantities of PPE or increase their emergency care beds as a preventative measure.

If we want to combat global inequality and protect all humans from suffering through another pandemic, the focus needs to be on preventing it from breaking out altogether. One of the biggest threats to public health is large scale animal agriculture. Fur farms, chicken farms and pig farms all have one thing in common: large numbers of genetically similar animals are contained in tight, stressful living conditions. Those conditions provide the ideal breeding ground for pandemics. Viruses and bacteria are easily transmitted between animals, can mutate and often even develop resistance to treatment.

In reality, zoonotic disease prediction has relied on surveillance and reporting mechanisms, with deep prevention measures seriously underdeveloped. This is astonishing given that, according to the GPMB Annual Report 2019, a yearly investment of US$ 1.9–3.4 billion to strengthen animal health and human health systems would yield an estimated global public benefit of more than US$ 30 billion annually, a return on investment of 10 to 1 or higher.

To prevent the next pandemic we need to change the way we treat non-human animals. Animal welfare is closely linked to animal health, which in turn is linked to human health, –and as the pandemic has shown, to our wellbeing. Rather than treating zoonotic outbreaks after the fact by stockpiling and discussing treatment options for the next time, we need to face up to the root causes. Any pandemic treaty should put prevention at its core and recognise the interdependence between animals, humans and nature, in line with the One Health - One Welfare approach. . As long as humans ignore the suffering they are causing to animals, no pandemic response will be able to prevent the next outbreak from happening because #TheySufferWeSuffer. 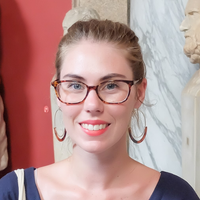