The EU regulation 01/2005 sets the welfare standards for animal transports. The European Court of Justice ( C-424/13) ruled that it applies to the entire journey of live animals, even if the destination is outside the European Union. As there are repeated animal welfare violations in animal transports to third countries, the Netherlands, along with some German states, have put in place restrictions on the approval of transports. While this is of benefit to the animals, it is a nuisance to transporters trying to get their authorisations by the competent authority.

This is where a problem called “assembly centre hopping” comes into play. Those organising transports bypass the stricter competent authorities by bringing the animals to a “temporary destination” –mostly assembly centres – in a place where authorities aren’t as vigorous in their enforcement and are more likely to authorize transport. They then export them from there. Most recently, we have become aware of such a case in Germany. Thirty pregnant heifers from Bavaria were destined for export to Morocco. Bavaria however is one of the German states that has a blacklist of third countries where there are significant doubts that animal welfare standards are consistently met during transport and therefore exports to those destinations are not approved. Morocco is on that list.

Instead of not exporting the animals, the transport companies only requested authorisation by the Bavarian authorities to transport the 30 heifers to Aurich in Lower Saxony. Different interpretation of the regulation 01/2005, resulting different approval practices, allow the exporters now to apply with the authorities in Lower Saxony for authorisation to export to Morocco. Since the Lower Saxony does not have a blacklist like the one in Bavaria, the export is going to happen.

With Lower Saxony being in northern Germany, Bavaria being in the very south and Morocco being in the north of Africa, the hopping to assembly centres not only mean that the animals will travel to Morocco and potentially be exposed to horrendous heat, inhumane treatment and slaughter methods that do not comply with EU standards, but the trip up north also added an extra 1400km to their already excruciatingly long journey. After 700km of transport in the wrong direction, the animals are now in an assembly centre, waiting to be travel onwards to Morocco from there.

These 30 pregnant heifers are by no means alone in their fate. This is just one of many examples of EU regulations being evaded and violated by transport operators. These detours can not only add thousands of kilometres to an animal’s journey and cause additional suffering but they also undermine any efforts to enforce regulation 01/2005 and allow those transporting animals to continue exploiting loopholes.

We suspect similar cases for animals originating from the Netherlands, as the Netherlands also no longer authorise exports of live animals to certain third countries. It may be the case that Dutch animals are detoured and dispatched to these third countries from other EU Member States that are approving these transports. This exposes the animals to even longer journeys which makes the intention of the Netherlands to protect the animals and enforce 1/2005 obsolete. The only way to address this issue is by strictly enforcing regulation 01/2005 across the entire European Union and not just in certain countries and regions. The regulation also needs revision to adequately prevent this unharmonized misuse. The known infringements and animal welfare problems arising during these third country exports and long distance transports must end. The European Commission needs to step up and solve this issue. As long as implementation and enforcement vary across different member states, transporters will find loopholes and evade compliance with the regulations. 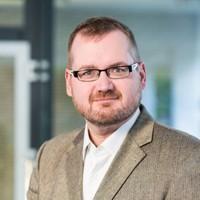