On the 15 of July, the Council of the EU adopted a decision on the signing of an agreement between the EU and the United States concerning “high quality beef”. The agreement aims at reserving a substantial share of the duty-free quota to certain imports from the US. This decision follows the conclusion on the 28 of June of a trade agreement with MERCOSUR (Southern Common Market, including Argentina, Brazil, Paraguay and Uruguay) after the EU made large concessions to the South American block concerning agricultural products, including meat. This recent trend from the Commission to concede on agricultural products in order to reach an agreement with a trade partner is quite worrying when the EU is negotiating with other giants of agricultural production such as Australia and New-Zealand.

The Tarif Rate Quota (TRQ) on “high quality beef” follows a World Trade Organisation (WTO) dispute regarding an EU ban on the imports of US beef treated with certain growth-promoting hormones in 2009. A 45.000 tonnes quota of non-hormone treated beef was opened by the EU to qualifying suppliers. Besides the US, other countries such as members of MERCOSUR seized the opportunity to use this duty-free quota. On the 15 of July, during the Council of the EU, Ministers of the 28 Member States of the European Union approved the decision to reserve 35.000 out of the total 45.000 tonnes of the TRQ for the United States.

Two weeks earlier, the European Commission had announced the conclusion of an agreement with MERCOSUR. From an agricultural perspective, the agreement foresees the progressive opening of the European market to meat from the South American block. In particular, over the first six years of the implementation of the deal, the four Latin American countries would be allowed to export an additional 99.000 tonnes of beef (55% fresh and 45% frozen) at 7,5% of custom rights. In addition, a previously agreed 60.000 tonnes of the Hilton quota will pass from 20% duty to duty-free. The EU is opening its market to an additional 190.000 tonnes of chicken meat, duty free, and 25.000 tonnes at 83€ duty per tonne for pork.

“One can wonder whether the perspective of the ring-fencing of a large proportion of the quota for ‘high quality beef’ to the US didn’t give additional arguments to the trading partners of the Union to get a larger access to the EU market, starting with the MERCOSUR.”

In conclusion, for the European producers and their animals

A trade deal implies concessions from both sides. The Commission is presently busy trying to demonstrate that concessions on meat will be compensated for by new business opportunities in other fields (for instance on milk products). This approach unfortunately underestimates the animal reality behind trade volumes. As seen previously, European animals are usually far better treated than in other parts of the world. In addition, the impact will depend from one Member State to another. Germany alone, for instance, is expected to import 16% of its meat from Mercosur (and 40% for the Netherlands) generally from the most expensive parts of the beef (the most profitable part for producers).

From the perspective of the EU’s trade partners, this opening of the European market is a real windfall and perfectly in line with their global strategy: one fifth of the meat produced by Mercosur is exported. For instance, agricultural policies place Brazil as the world leader in terms of beef exports. Their production is mainly based on giant agrobusinesses which counts as the biggest in the world. The biggest Brazilian slaughterhouses can slaughter more than four times more animals than the biggest European ones.

“With such an intensification and an extreme industrialisation of meat production in the Mercosur countries and the US, animals are treated as profit making objects rather than sentient beings. They are most certainly not treated as European consumers would imagine - grazing on pasture. On the contrary, in order to benefit from the “high quality beef” scheme, beef cows spend the last months of their life in feedlots, fed with species-inappropriate grain instead of grass and treated heavily with antibiotics.”

Besides the volume of animals that are farmed and slaughtered in Mercosur countries and the US, the designation of “high quality beef” is far from the idyllic extensive pastures propagated by the industry. If the meat must come from animals not treated with certain growth-promoting hormones, animals are nevertheless heavily and systematically treated with antibiotics… when at the same time the EU is fighting against antimicrobial resistance. To be able to be imported to the EU through the “high quality beef” scheme from the US, animals have to be grain fed for at least 100 days as soon as their skeleton has finished developing. This operation is done in feedlots, very concerning for the health and welfare of animals and very polluting for the environment. Mercosur countries have completely shifted their production methods towards a system similar to that in the US. Consumers in most countries have no possibility of avoiding the consumption of these imported meats as these imports are mainly aimed at restaurants and catering where no label of origin or methods of production need to be applied. Besides the animals, consumers seem once again to be the main losers in these trade deals.

The Commission is presently negotiating with other trade giants from the agricultural sector, namely New Zealand and Australia. Where the first seem to have, in general, rather animal-friendly production methods, the second have very intensive and industrialised meat production. It will be interesting to see whether the EU will further open its borders to more imports of meat from these countries.

In this context, and besides stopping the trade, one might wonder what measures the EU can take to protect its farmers and meat production model. Bearing in mind that the meat from foreign countries often arrives in the EU at a very competitive price, those farmers who will first be impacted by the imports are the producers who try to compete on a price level. Those farmers ought to increase their standards, particularly in terms of animal welfare, in order to have a competitive advantage compared to imported meat. This can be supported by a well driven future Common Agricultural Policy that the EU is currently reviewing. Moreover, these farmers investing in higher welfare will need entities that are willing to procure animal products from higher welfare. This is where FOUR PAWS supports the purpose of the Green Public Procurement Guidelines and has been calling on public institutions in EU institutions as well as member states, that are using public money to procure animal products from higher welfare standards, thereby serving as reliable partners to local farmers that are taking this effort. In addition, the EU should focus on transparency towards consumers and support them in making informed food choices, in particular by creating an EU Animal Welfare Label, based on animal indicators. Last but not least, when discussing with its trade partners, the EU should primarily favour imports under the so called “Hilton quotas” and progressively phase out other types of meat imports such as “high quality beef,” as Hilton quotas require that the animals are fed with grass before they are slaughtered instead of being grain-fed. 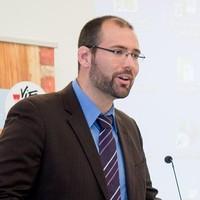